“It's not quite folk, it has hints of pop perhaps, and it rocks like no other.”

Laney Jones earned widespread acclaim with a string of early releases, drawing comparisons to the likes of Fleet Foxes and Bon Iver for her majestic take on organic roots music. Her 2013 debut, Golden Road, landed her a nationally televised performance at The Kennedy Center alongside Alison Krauss, Sara Bareilles, and Ben Folds, while her 2016 follow-up, Laney Jones, prompted Rolling Stone to hail her as an Artist You Need To Know and praise her “penetrating hooks” and “Seventies-era flourishes.” Tracks from the albums, meanwhile, racked up millions of streams on Spotify and turned up in films from major studios like Disney and Pixar alongside commercials for Google, Netflix, New Balance, Toyota, and Red Bull. 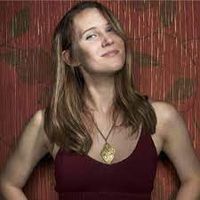